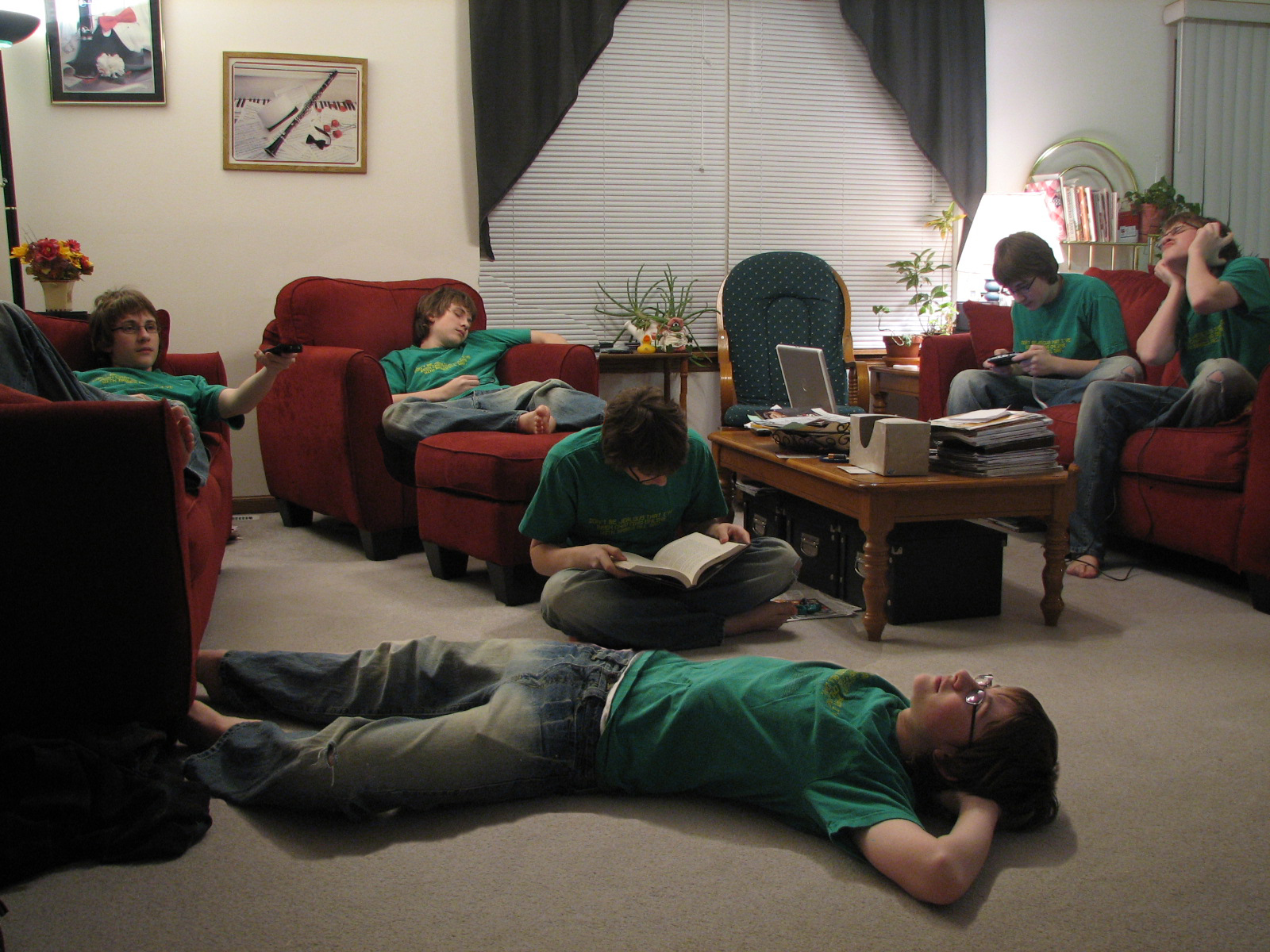 It can be a challenge to get some people to sit down and read, but we can help. Check out our great gift ideas for the reluctant reader on your list!
Photo by Anna

Some people just don’t like to read. Whether that’s due to dyslexia, attention disorders, bad habits, or just not having enough opportunity to enjoy reading outside of school, there are plenty of people out there, kids and adults, who never really pick up reading as a hobby. As fans of the written word, it sometimes bugs us: We don’t expect them to suddenly live in the library, but we hope that they can be converted. Here are some ways to encourage the reluctant reader in your life to read with gifts that they might actually enjoy:

If we put this list together 20 years ago, Scary Stories to Tell in the Dark would have surely been included (and still could… since they’re MAKING A MOVIE OF IT!). The reason is simple: Boys are more likely to be reluctant readers than girls, and most boys will read scary stories. For that reason, Coraline makes my list. It’s scary, creepy, other synonyms for scary, and also awesome. Coraline is a girl who finds a door that leads her to her “other” family. Her other mother bakes sweets, and her other father is attentive. She can stay forever… she just needs to give up her eyes and replace them with buttons. It’s as weird as it sounds, but with how well he writes, Neil Gaiman’s grocery lists are probably fascinating, so there’s that.

Keep your reluctant reader engaged not just with one gift but with multi-month book gifts. There are several websites and services that offer a sort of “book of the month” club for readers of all ages. This is a great way to give your reader something to look forward to and to reinforce the power of the written word. These online merchants offer collections of books tailored to all age groups and interests, ensuring that your reader will love their new reading material every time.

Mindy’s Recommendation:
Where the Sidewalk Ends by Shel Silverstein

You might be thinking, “Who on Earth would want to read a book of poetry, especially when they don’t really get into reading in the first place?” But this isn’t your typical poetry. This stuff isn’t about reading deep meaning into florid verse: Instead, it’s a book of silly, kid-friendly poems and drawings that make reading poetry fun. There are a few good lessons to be found in here, too, but they’re well-hidden among the absurdities. In the words of the first poem, Invitation:

Everyone loves Harry Potter, and anyone who claims otherwise has never read the books. I even shunned Harry Potter during my formative years. It wasn’t until after Order of the Phoenix was released that I decided to jump on the bandwagon, and I haven’t looked back since. I remember I was just starting middle school when Sorcerer’s Stone was first released in the U.S. One of my classmates, who notoriously detested reading and school, was recommended the first (and then only) installment of the series by the school librarian. Shortly after, that same student would be scolded by his teacher for reading it in class. What the teacher saw as a disruption I saw as a significant achievement. Not that I am condoning inattentiveness in class, but if you’re not going to pay attention, it’s better to read than to fall asleep at your desk, right? J.K. Rowling’s brilliant imagination, loveable characters (yes, even Draco), and engaging storytelling have captured the hearts of many, myself included. Anyone exposed to Rowling’s magical world will soon proudly declare themselves Potterheads, and who knows, the exposure might even spark a lifelong love of the written word.

Choose-your-own-adventure books are perfect for reluctant readers with attention disorders and select forms of dyslexia. R.L. Stine has a few hair-raising choices, called the “Give Yourself Goosebumps” series, but there are plenty of great choices from R.A. Montgomery or Edward Packard. Sometimes, the prospect of having to read an entire book is a bit daunting, but for reluctant readers, especially young ones, the ability to flip pages back and forth, skip ahead, and not read everything in sequence is a welcome release. Before they even know it, they’ll have read the whole thing, all without the normal pain, annoyance, anguish, and frustration. For adults, there’s Pretty Little Mistakes: A Do-Over Novel by Heather McElhatton and To Be or Not To Be: A Chooseable-Path Adventure by Ryan North.

If you know someone who doesn’t like to read, you can get them reading this holiday season with a subscription to a magazine. The wonderful thing about magazines is that there are all kinds created for all kinds of people. Perhaps you know a reluctant reader who loves to snowboard. Why not get that person a subscription to a snowboarding magazine? You may be surprised to catch them reading an article here and there in their free time. They might even read the whole thing cover to cover. The trick is to find a magazine that specializes in that person’s unique interests. Before you know it, you might just have a voracious reader on your hands.