Home › Fun Stuff › Know Your Portmanteaus and How to Use Them

Know Your Portmanteaus and How to Use Them 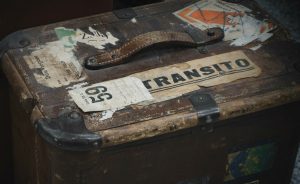 Not this kind of portmanteau …

Once you begin thinking about portmanteaus and learn to identify them, you may start to feel a bit cursed. Why? Because you’ll soon discover that portmanteaus are everywhere these days. So unless you love being fixated on a single subject that will become your next pet peeve or latest hyper-interest, proceed with caution. 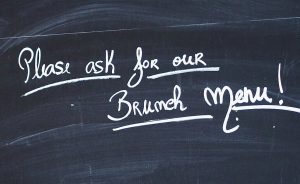 … This kind of portmanteau

Love them or hate them, portmanteaus have been around for quite some time, and they’re probably here to stay. What are they exactly? Sometimes, they’re a large leather suitcase, but from a grammar perspective, we’re talking about a blending of words and sounds to form one single word with a combined meaning.

Portmanteaus can be really easy to identify or really obscure and unexpected. Critics of these words call them cliché and irritating, while supporters argue that they’re part of the evolution of language. As in all things writing, I think there’s a time and a place for most words. Choose your words well and with intention, and you can’t go wrong.

Let’s explore a range of portmanteaus so you can decide when these words might be appropriate and when you might be teasing your reader’s pet peeves.

Above, we highlighted one of the most well-known portmanteaus, the hyper-trendy meal known as brunch, which is, of course, a combination of “breakfast” and “lunch.” You’ve probably also come across the word “webinar,” a combination of “Web” and “seminar.” This is a great example of two words used in conjunction to better the joining of each. If you have a local Cineplex, you’ve probably visited this portmanteau in person; combining a cinema and a complex, the movie theater features several screens. Speaking of fun diversions, “geocaching” is another portmanteau, mashing up the words “geography” and “caching” to define the use of a GPS on a quest to find caches, or treasures. Many portmanteaus are now so commonly used that they’ve become an everyday part of our vernacular, and you wouldn’t be remiss to include them in your writing because of their specificity and widely accepted use.

Some portmanteaus are now so common and so well-disguised that they might have been hiding under your nose this whole time. You may be surprised to learn about two portmanteaus commonly used in the medical world. “Endorphin” combines “endogenous” and “morphine,” describing a group of hormones that occur naturally in the body and work like morphine. “Testosterone” is one of the rare portmanteaus that actually combines three words: “testis,” “sterol,” and “ketone.”

If you’re beginning to think that identifying portmanteaus is a hassle, prepare for frustration, because “hassle” is a portmanteau, too, combining the words “haggle” and “tussle.” The prevalence of portmanteaus may leave you dumbfounded (dumb and confounded) or cause you to chortle (chuckle and snort).

These kitschy words are the most likely to set someone off or be labelled as clichés or just plain sloppy. They are often used to described Internet trends and behavior or used as slang.

For instance, the “twant” is a Twitter rant, but indulging in one is probably a breach of good netiquette. These days, we celebrate TV portrayals of bromances and frenemies. If you’re headed out to a late brunch, you might find yourself hangry and eager for a croissanwich (we have Burger King to blame for that one).

Portmanteaus like these can be acceptable in some writing situations, like a casual blog post, but in general, you should try to avoid slang in professional writing.

By the way, did you know that “portmanteau” is in itself a portmanteau? It’s a combination of two French words: “porter,” meaning “to carry,” and “manteau,” a cloak.

Armed with your knowledge of the range of portmanteaus, wield them well and use them to your advantage when you need a convenient word that adds clarity to a combination of two subjects.

Allyson serves as an SEO optimization specialist for Online Writing Jobs. She also contributes to copy editing and assessment of client content needs. Allyson has taken fiction and non-fiction writing courses at SUNY Potsdam and the College of St. Rose, and she has a bachelor’s degree from SUNY Potsdam as well as a master’s degree from Sage Graduate School.

One comment on “Know Your Portmanteaus and How to Use Them”