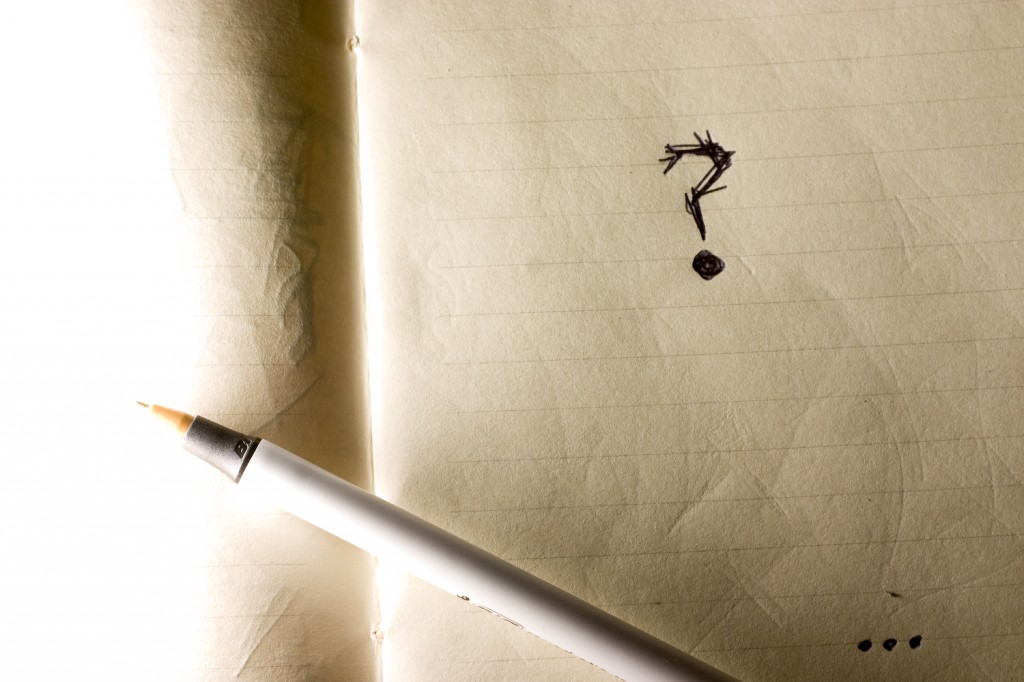 Are you entirely sure you want to use that rhetorical question?
Photo by Ethan Lofton (Flickr)

Do rhetorical questions add value to your content? Or are you doubting yourself about them? Do you not feel like the question belongs? Are you writing a piece where the rhetorical question would sound really odd? Are you being repetitious with them to pad out the word count rather than adding information to your piece? Are you coming off as degrading or terse, repeating the same information or obvious information in a new way to make it sound like you’re saying something entirely new?

Or rather, are you trying to be overly conversational in a way that actually is off-putting to a reader? Do you feel like you’re pestering your reader with questions like an interviewer or a car salesman who assumes they know their audience intimately, when they really don’t? Are you trying to be cute and colloquial — and failing?

Have you used several rhetorical questions in the same piece to ill effect?

Am I making my point yet?

As we have mentioned previously, rhetorical questions can be really, really annoying.

Here’s a reminder: A rhetorical question is a question that is not intended to elicit a response and usually only has one possible answer or implies its own answer. In writing, the majority of questions asked are rhetorical; they are meant to lead to the answer, which the writer later relates. Often confused with nonsensical questions, rhetorical questions are most often used to illustrate a point and are used as a part of a larger argument in writing. Think of it this way: They’re not real questions but rather statements given in a question form. And their use has become clichéd due to overuse and ineffective use.

So rhetorical questions in general are bad, right? (I did it again.)

Some writers can and have used this technique to great effect. To say that rhetorical questions are all bad is like saying hammers are all bad. Sure, when you bludgeon someone over the head with it, a rhetorical question can be really, really bad. But otherwise, it’s just another tool for your writing toolbox. It can even be a necessity in some situations where any other type of sentence just wouldn’t do what you want. It’s hard to hammer a nail when you’re unnecessarily limiting yourself to screwdrivers and large rocks.

When should you use a rhetorical question rather than a sentence?

See how natural that feels? If I had to squeeze that into the format of a sentence, that would be really strange. “So sometimes, you should use a question rather than a sentence.” That doesn’t have quite the same punch.

A question is meant to pull in attention and make your reader wonder. Doing that is meant to jolt their minds. Doing that too much can backfire horribly: You’ll either make them bored (especially if you’re using a question to pad the word count or recycle information) or you’ll make them annoyed. The annoyance comes from the fact that you’re asking a reader to think but with no payoff, because you’ll end up explaining the answer anyway. They also can be patronizing; rhetorical questions are used to capture the attention of students. It’s the Socratic method. In the wrong scenario, it makes the reader unconsciously feel childish — think Blue’s Clues.

There are no real hard-and-fast rules regarding when and where using a rhetorical question is entirely correct or appropriate. But, it’s rather clear upon reading a piece when it’s not. It will interrupt a thought, distract or off-put a reader, and, if used abundantly, cause irritation. In an academic setting, they’re especially frowned upon. But in a public speech or a TED talk, for instance, they’re very often used to call attention and point out main discussion points.

Many people can and have made the argument that rhetoric as a whole is used more often in informal writing and speech. In informal settings, such as a blog post (like this one), a speech, an article directed toward children, or a work of fiction, they tend to be used more often. It seems, then, that the use of a rhetorical question mostly depends on your tone and your audience.

But it also depends on the writer and their comfort level with using them. Will you use rhetorical questions in your writing? It’s up to you!