Home › Writing Tips › Swearing Off of the Expletive Construction

Swearing Off of the Expletive Construction 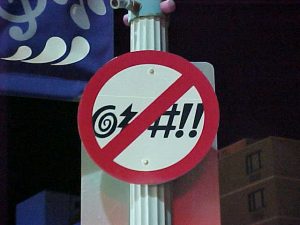 Most decent writers can follow the first rule almost intuitively. But oddly enough, the second rule seems to not even be on the radar for many people, and it’s critically important if you want to get your message across. Nobody wants to read fluffy, flabby writing: It obscures the point, drowning your message in worthless prattle. And one frequently used bit of grammatical fluffery, which shows up all too often in people’s writing, is known as the expletive construction.

“Expletive”? As in swearing? Well, no, but your editor might just want to utter some expletives under their breath when they read an expletive sentence. The definition of “expletive” is a word or phrase that takes up space in a sentence without adding any meaning. It’s easy to see how swear words fit the meaning of “expletive,” since they’re often used for emphasis rather than carrying any meaning of their own. Similarly, an expletive in grammar refers to a sentence that includes meaningless words that only serve to bog the sentence down. Consider this expletive example:

There are many grammatical issues that can make your writing boring.

Note the use of “there are … that”: This is a very common expletive construction. Those three words add nothing to the meaning of the sentence, though, and removing them makes the sentence much more straightforward:

Many grammatical issues can make your writing boring.

It might be tempting to use the expletive construction in your writing, especially if you’re trying to meet a minimum word count, but wordiness is often the enemy of clarity. An expletive sentence typically buries the actual subject of the sentence a few words in, diminishing the impact of the statement being made. 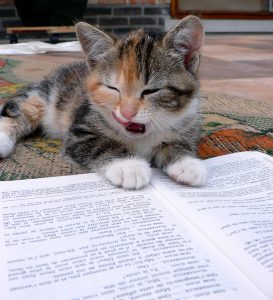 If you rely a lot on expletive sentences, there’s a decent chance that you might not even have noticed that you’re doing it. The next time you’re looking over a piece of writing before you finish it, search for these words:

Starting a sentence with any of these phrases is a telltale sign of the expletive construction.

But should you always remove an expletive phrase? Well, no. We’re not big fans of “always” and “never.” The expletive construction does have its place, but it should be used sparingly and purposefully, in order to give the reader a little mental pause before refocusing their attention on the actual subject of the sentence. Starting a paragraph with the expletive construction is generally a bad idea, and like with any rhetorical device, don’t overdo it.

7 comments on “Swearing Off of the Expletive Construction”