7 Mistakes That Most Spell-Checkers Won’t Find 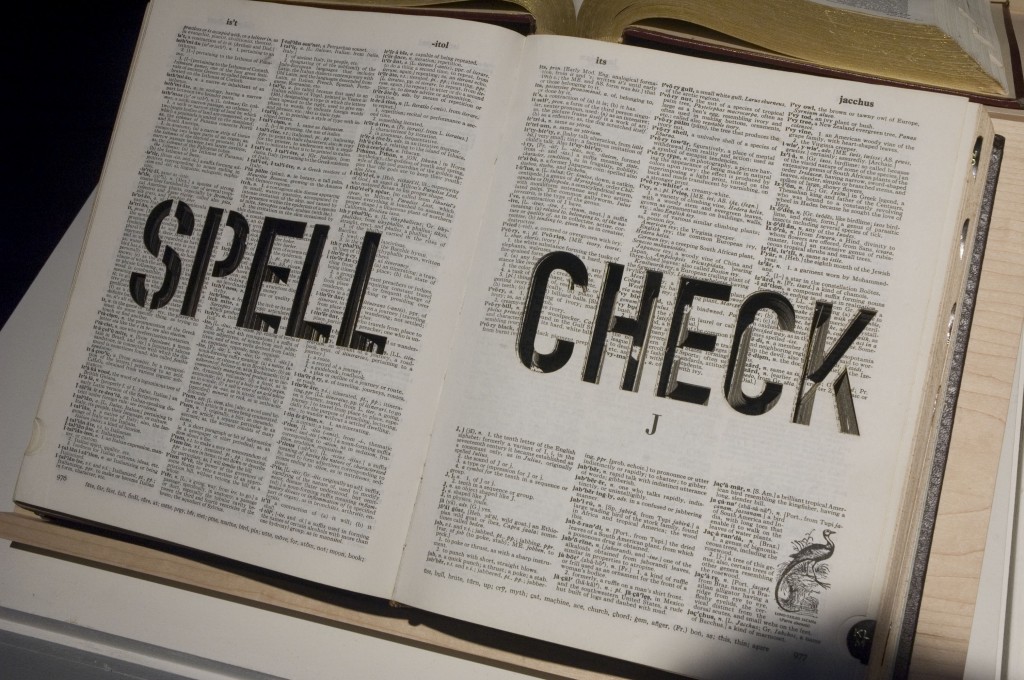 Don’t rely on your spell-checker to catch everything for you: Give your copy a second read!
Photo by Michael Mandiberg (Flickr)

Sometimes, when they’re rushed, writers don’t proofread. In some instances, we simply forget. However, relying exclusively on a word processor’s spell-checker is a dangerous game. Here are seven reasons why proofreading is so important and seven mistakes that spell-checkers usually won’t find:

Is it supposed to be “affect” or “effect”? Should you be using “lead” or “led”? Is the museum “historic” or “historical”? Are you “ensuring” someone’s safety or “insuring” someone’s apartment? It’s important to have a grasp on which words are appropriate. Check out some of Mindy’s blog posts for more articles about misused words.

We all know them, but by not proofreading, they just slip by us sometimes. Here’s a reminder of common issues:

Most Problems with Grammar

The majority of grammar problems are not picked up by spell-checkers. These could include tense problems, misused punctuation, or misplaced modifiers. If you have a basic or working knowledge of grammar, you’ll know that no computer or software system can really grasp the English language. If a sentence sounds odd, draw out a sentence diagram. Make sure you’re consistent with your tenses and look up any problems you have with punctuation.

If you happen to be writing for a client or a brand, it’s imperative that you spell their name and their brand statements correctly. Spell-checkers may even tell you that the name is wrong; however, a client’s needs have to come first. This may seem obvious, but it’s important to copy the spelling of a brand according to its site and requests.

This might not be a mistake. It feels like one, though. You don’t know it’s a problem. Then you read your work. The sentences sound repetitious. There’s no change of flow. Reading is more laborious. Your paragraph needs something else. The problem eludes you. However, there is a simple way to improve your paragraph: Throw in some different sentence structures. Now, doesn’t that feel better?

Bed room should be bedroom, note book should be notebook, and counter attack should be counterattack. There are plenty of other examples of commonly misspelled compound words, such as altogether (which has a different meaning than all together), everyday, and awhile. Also, be aware of words that can make up a compound word in certain situations. I need to back up my hard drive because I really need a backup of those files. Also, a somewhat-related issue ties to the use of a hyphen. Hyphens can change the meaning of sentences and are usually used for compound adjectives before a noun. Ask yourself if the compound adjective you’re hyphenating is actually one word. This can create problems if you’re not careful. Is it spell checker, spell-checker, or spellchecker?

Most spell-checkers won’t find missing articles. There is mistake in this sentence. No, there is a mistake in this sentence. Check for missing instances of “the,” “a,” or “an.” Also check for missing conjunctions like “and,” “but,” “or,” “yet,” or “so.” Did you use an instead of and? This is possibly one of the most difficult aspects of proofreading, as the mind will sometimes automatically insert words that aren’t there. Proofreading backwards can help with this.

For more proofreading fun, check out The The Impotence of Proofreading (please be aware of strong language).