What do word nerds and animal-lovers have in common? I’ll give you a hint: It’s not a love for Latin names. It’s an appreciation for a fun and quirky collective noun. What is a collective noun? These words describe a group of humans, animals, or concepts as one single entity. In the human realm, you’ve likely come across some really common collective noun examples, like a class of students, a team of baseball players, or a party of politicians, but once you stray into the animal kingdom, you’ll find terms in the collective nouns list that are unexpected and even downright adorable!

Some collective nouns are shared by humans and animals. You’ve heard of a troop of soldiers, for instance, but a troop is also a group of kangaroos, monkeys, apes, or baboons. And a group of disturbingly talented cookie-sellers is called a troop of Girl Scouts. 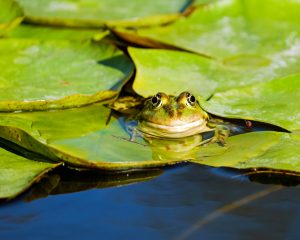 In the same vein, we refer to an army of soldiers, but a group of ants or frogs is also known as an army. You might also call this a plague, particularly if the army of frogs has fallen from the sky. (But all jokes aside, a group of locusts really is called a plague.) And groups of ants are also known as colonies of ants. There is no collective noun for a group of aunts, but maybe it should be called a knitting circle.

Speaking in government terms, you can come across a parliament of owls, a coalition of cheetahs, or a committee of vultures, none of which you would like to have in charge of anything. Or maybe you would, especially if you’re putting yourself in the hands of a wisdom of wombats (which is a collective noun that has never been used to describe a group of humans).

Now that we’ve taken a look at the familiar, let’s venture into some more obscure collective noun examples.

A group of crows is ominously called a murder. I suppose a group of murders is sometimes called a spree, but I think “Game of Thrones plot point” would be a better term.

On a similar creepy and nefarious note, you should avoid an ambush of tigers, a battery of barracuda, an intrusion of cockroaches, a shiver of sharks, a mischief of rats, or an unkindness of ravens.

If you’re creeped out enough, recover by enjoying the cuteness of a clowder of cats, a business of ferrets, a romp of otters, a tower of giraffes, a prickle of porcupines, or a waddle of penguins.

It seems that collective nouns are for the birds, as some of the most interesting terms are applied to flocks of our feathered friends. For instance, a group of bullfinches is a bellowing, a coop houses a clutch of chickens, a group of cormorants is a gulp, eagles gather in a convocation, a goldfinch flock is a charm, and a group of flamingos is, naturally, known as a flamboyance.

Hopefully, these animal collective nouns have inspired you to try out some new and unique terms for groups. Either that or you’re going to spend the next 15 minutes scrolling through cute animal pictures. We’ll call it a win either way.

Allyson serves as an SEO optimization specialist for Online Writing Jobs. She also contributes to copy editing and assessment of client content needs. Allyson has taken fiction and non-fiction writing courses at SUNY Potsdam and the College of St. Rose, and she has a bachelor’s degree from SUNY Potsdam as well as a master’s degree from Sage Graduate School.