Writing Prompts to Chisel at Your Writer’s Block 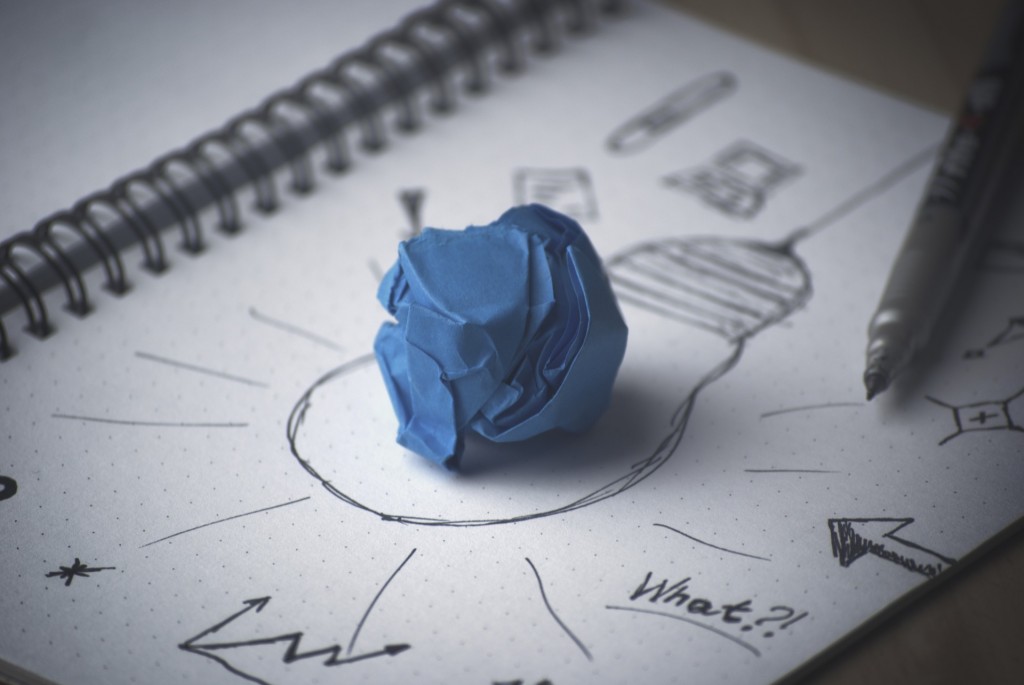 If you don’t use it, you lose it: That’s the case with your muscles, and it’s also the case with your creativity. The brain is like a muscle that should be stretched and exercised every once in a while. If you’re stuck in a rut while working on your next piece of fiction, try some of these methods to flex your creativity, stretch your mind, and come up with something fun and exciting to write.

Amanda Patterson came up with this one, and we love it. Human beings have been doing this for eons and have come up with some pretty creative explanations as a result. And by the way, it doesn’t have to be as deep or involved as “explain what happens when we die.” Why not try something simple, like “explain with a myth why and how the earth moves during earthquakes”?

She has a nice list here of 20 ideas, but you can extend it further to explain many types of natural phenomena, like the constellations in the sky or the existence of unusual animals. (A myth around narwhals sounds like fun, for instance. They’re basically sea unicorns.)

Better yet, come up with myths explaining human behaviors: Why do we shake hands? Why do we kiss? Why do we get married and have kids? Why do some people bow? Erase human history and memory and replace it with a myth, as if the whole of the world had hit an apocalyptic reset button.

Create a chart of items, people, and actions that you find interesting. Come up with six actions, six items, and six people. Then, roll a die for each of the columns. You’ll end up with a phrase or sentence that could spark a really creative idea. Consider the following example:

You’ll find that some sentences “work,” like “Joan of Arc stole the spear of destiny.” But it’s actually more fun to start with the sentences that “don’t work,” like “Artemis the wizard mocked the perfect sandwich from Katz’s Deli in New York City.” Taking those weird sentences and forcing them to make sense in your head may just tickle your brain into creating an amazing story.

Go to a newspaper, magazine, or article on the Internet and cover up the second half of a sentence that interests you, and then try to finish it in an unusual way. This is a lot of fun to do on Twitter. That sentence might turn into another one and another one.

Got characters? Write about their grandparents.

Kylo Ren’s grandpa was pretty cool. Why can’t your character’s grandparents be awesome? Create a short story about their adventures. Consider whether or not your current set of characters knows about those adventures. Why don’t they, or do they? And if they do, is it because the grandparents have told the story over and over at family gatherings over the years? Has the story changed?

This concept can help bring back drama into your greater story, so it’s a great option for those who have gotten a bit bored halfway through their current big work. Or you can write about someone else’s characters instead. (We won’t tell anyone that you’ve delved into the world of fan fiction.)

It’s important to skip a generation because often, parents are too tangled into the current story, plot, or, at the very least, backstory. Like Kylo Ren, people often ignore their parents’ struggles and stories and tend to embrace their grandparents’ instead. So if you want this side story to have little influence on the story but with the option of having a bigger influence as you keep writing, go with the grandparents or the great-grandparents.

A picture is worth a thousand words, supposedly.

Find a picture (any picture) and write that mythical amount, a thousand words, to describe it. The word count will either fly by or be agonizing to reach, but try it either way.

Try a new tense, genre, or point of view.

Write a story you’ve already written, or one commonly available in pop culture, from a new perspective or point of view. Try the first, third, or even second person. Try writing the story from the sidelines, through the eyes of an unimportant character or a main character whose perspective we haven’t considered yet. Try completely changing the genre! Hey, don’t knock it. It worked for Stephenie Meyer, Seth Grahame-Smith, and Tom Stoppard.

Check out one of the many writing prompt sites out there.

There are quite a few sites that have a ton of cool ideas:

Make your main character write a letter to you.

Author Brian A. Klems came up with this on Writer’s Digest. But it also happened in the show “Once Upon a Time,” in which the villains try to get their “author” to write them happy endings. If you’ve been moving the plot forward, your main character might very well be really, really mad at you right now. (If your main character isn’t asking you “Why?!” by the middle of the book, something is probably wrong.)

Allow them to bring forth their voice and talk to you. Let them yell at you for writing their story so darkly and drearily. Try to get them to bully you into giving them a happy ending. What tactics will they use? What do they really want you to do for them? This is surprisingly good fun!

Lastly, if you already have a following online or if you have friends who appreciate your writing, try asking them for ideas. Chances are good that they have a “plot bunny” they’ve been dreaming of for a movie or book, but they just don’t have the time to bring it to fruition. Granted, you should only use this step if you’re desperate and if you’re not planning to actually make money from it, because you don’t want to have no artistic integrity and actually “steal” someone’s idea. But these things tend to inspire new ideas and multiply. That’s party why they’re called “plot bunnies”; they reproduce like crazy.