Home › Writing Tips › Where to Draw the Lines: Dashes, Hyphens, and Underscores

Where to Draw the Lines: Dashes, Hyphens, and Underscores 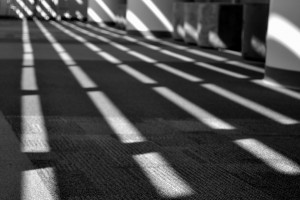 Judging by a look at most people’s writing, you’d think that the hyphen was the only game in town when it comes to horizontal lines as punctuation. But actually, there are at least four accepted members of this family, some of which come in more handy than others. They are:

So what is a dash, what’s the difference between hyphens, dashes, and underscores, and when should we use them?

When to Use a Hyphen

Hyphens are short little lines used to connect two or more words that work together as a single concept. They’re often used to form compound modifiers before a noun, such as in “gluten-free cake” or “card-carrying member.” A hyphen can also join a prefix to a number, like “pre-1990 economy.” Hyphens are also helpful to add clarity when adding prefixes to regular words: For instance, “recreating” (playing) is different than “re-creating” (making something again). If you’re unsure of whether you need a hyphen to clarify a compound word or term, try reading all of the words slowly and carefully to see if you can derive a meaning other than the one you intended. For instance, is a “small business owner” someone who owns a small business, or is it a business owner who is small? If confusion is possible, use a hyphen.

When to Use an En Dash

The en dash got its name from the fact that originally, it was the same width as the letter N. It generally carries the meaning “through,” as it is primarily used with ranges, such as “1990–2000” or “Monday–Friday.” However, when you look at an en dash versus a hyphen, they don’t look too dramatically different to most people, and there’s no single-key way to type an en dash: On a Windows computer, you have to hold down the Alt key and type 0150 to get one. That combined with its limited number of uses makes it no surprise that the en dash has fallen out of favor with many. If you use a hyphen instead, few will fault you for it.

When to Use an Em Dash

The em dash, on the other hand, also known as a long dash, is necessary, even though it’s also not simple to type: You can make an em dash on a Windows computer by holding down the Alt key and typing 0151. Like with the en dash, the em dash got its name because it was traditionally the same width as the letter M. Em dashes are usually used to create a more dramatic break in the text than a comma would, and they can also sometimes replace parentheses or a colon — that’s why they’re still used, even though they’re not simple to type. Use them sparingly, though, and limit yourself to only one or two in a sentence, as they can hurt readability by making your text feel choppy and disjointed if you use too many of them. Also, you might see them used sometimes without spaces around them, like so—but style guides vary. At OWJ, we prefer to use spaces around em dashes because they’re easier to read that way.

When to Use Underscores

The short answer to this question is “don’t,” generally speaking. The underscore was originally created to make an underline on a typewriter, before the days of word processing: You’d type however many letters’ worth you needed, then go back and type the letters on top of the line you’d created. However, these days, we’re perfectly capable of underlining and even italicizing thanks to word-processing software. About the only place where the underscore is still important is in technical uses like within email addresses, URLs, or file names.

Hopefully, this should help you toe the line on using these useful types of horizontal lines correctly. Use them wisely to make your writing clearer and more readable!