Helping Out a Good Clause 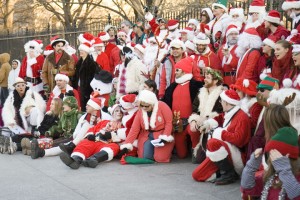 No, not THESE clauses…
Photo by Rick Phillips

Sometimes, the world of grammar can be as clear as mud. To some extent, once you get past a certain age, your use of the English language becomes largely instinctive, and then, all of a sudden, some teacher is trying to slap labels on parts of sentences and make you remember them all.

To make it worse, sometimes, people use different terms to refer to the same thing. Subordinate clause? Restrictive clause? Independent clause? Santa Claus? It can all be a jumble. Luckily, I’m here to help.

“Since he wasn’t that hungry, Mike ate grapes for lunch.”

If you remove the first clause and write “Mike ate grapes for lunch,” that would make sense. But you couldn’t remove the second clause and just say, “Since he wasn’t that hungry.” It’s not a proper sentence: It adds explanation to something, but the thing that it’s explaining is missing.

In particular, two of those relative pronouns are often confused, “which” and “that.” They each have their own proper use — but which should you use, “which” or “that”? Learning a bit more about clauses can clear that up.

Let’s look at some examples:

“The Beatles song that I like best is ‘Paperback Writer.’”

In this sentence, “that I like best” is a restrictive clause. If we took it out, we’d just have “The Beatles song is ‘Paperback Writer,’” and that removes the whole point of the sentence — I’m telling you the song that I like, not just that a song exists.

“The movie, which is two hours long, stars Liam Neeson.”