What’s That Symbol For? Uncommon Punctuation 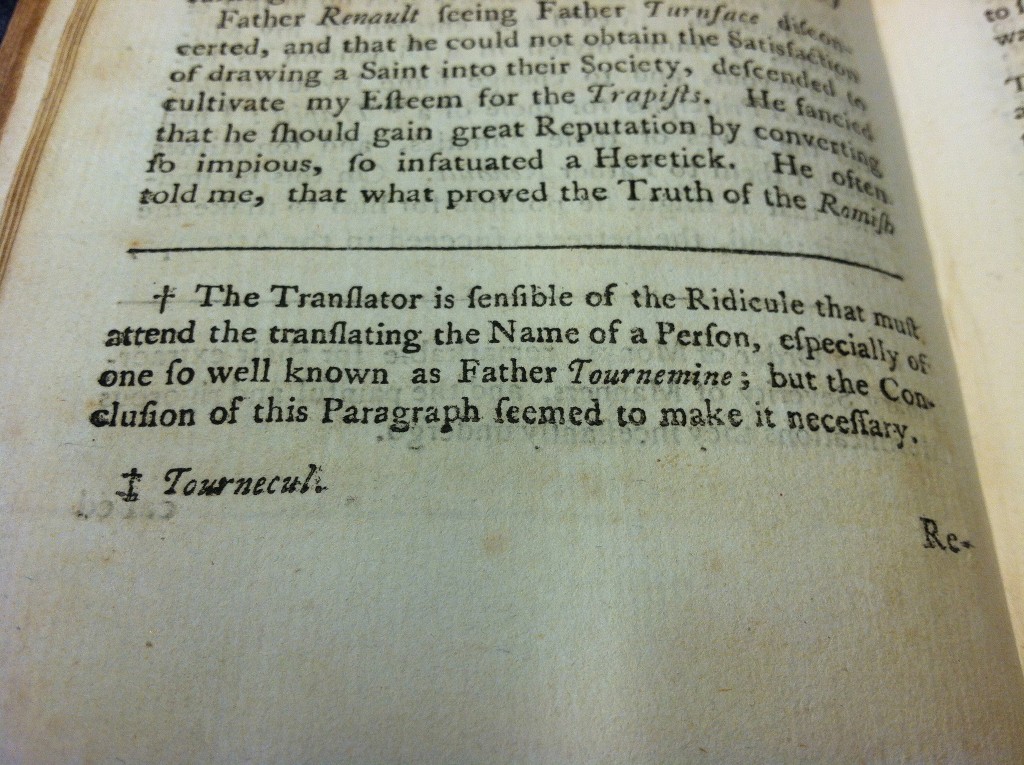 What are those weird little marks next to the footnotes? Find out below.
Photo by Early Novels Database (Flickr)

Have you ever found yourself looking at a symbol in a book, perhaps down in the footnotes, or examining a character on your computer keyboard and wondering, “What the heck is that thing, anyway?” If so, you’re not alone. At the intersection of archaic typography and modern computer programming is a jumble of uncommon punctuation. Here’s a look at some punctuation marks that might leave you scratching your head from time to time, plus one that isn’t used much but perhaps should be.

We’ve Got Them Surrounded

First, we’ve got your basic brackets. They’re used to enclose something within a quote that isn’t part of the quote, usually a bit of explanation needed for the quote to make sense:
“The mayor’s idea [to paint City Hall purple] is ridiculous,” the councilwoman said.
They’re also used when you need parentheses inside of your parentheses (which isn’t generally a good idea [unless you’re making a point, of course]).

Brackets also have a prettier-looking cousin, called curly brackets or braces. These are usually only used in math, physics, or computer programming. They’re also sometimes used online surrounding someone’s name to indicate that you’re giving them a virtual hug.

And then there are angle brackets. Most people don’t see these much outside of math class, where they represent “greater than” and “less than.” They’re also used to enclose HTML commands. And sometimes, people use them to indicate quotations in text that’s in a foreign language (French is one example), but those aren’t supposed to be angle brackets. Those should be guillemets, which look like this: « ».

Finding Your Way Around

Nowadays, we usually use superscript numbers to mark footnotes in scholarly works, but that wasn’t always the case. Traditionally, a set of reference marks were used, in which the first footnote on a page would be marked with an asterisk. These are also called “stars,” which isn’t surprising given how they look. Aside from their use in footnotes, they’re also used as wild-card characters in computer programs, and they were originally used to indicate a date of birth in a genealogy chart.

The second footnote on a page is much less whimsical than that happy little star: It’s denoted with the dagger. This is pretty much the only place you’ll ever see this character, though like the asterisk, it’s also used sometimes in old genealogy charts, this time to indicate a death date or show that someone is deceased. The third footnote on a page gets a similar symbol, the double dagger.

If the page has four footnotes, the fourth one might be noted with a section sign. Nowadays, these are more frequently seen designating sections of a legal code or of legislation. But if you’ve ever played The Sims, you’ll see section signs there, too: They’re used as the symbol for the Simoleon, the fictional currency used in the game.

Getting With the Program

Since computer keyboards were initially created for use by people programming computers, it’s perhaps no surprise that some of the symbols found on today’s keyboards are pretty much only used by computer programmers. These include the backtick, which looks sort of like a backward apostrophe, and the tilde, also called the swung dash. Those of us who write in words and not code have little use for these symbols, though the tilde is sometimes used informally to mean “about” or “around.”

There’s also the pipe, which is another one of those characters that’s used in computer programming. It also comes up in advanced math and physics. But we here at OWJ know it best as a nice separator for keywords in a title tag.

Why Isn’t This On My Keyboard?!

That brings us to one character that you won’t find on your keyboard, but really, you should. It’s called the interrobang, and it was invented in 1962 as a combination of the question mark and the exclamation point, for when you want to write a question in a tone that’s excited, alarmed, or incredulous. People type these two characters together all the time on the Internet and even sometimes in books, and yet, the interrobang never quite caught on (at least, not yet). But it is still included in many typefaces: You just have to hunt around for it a bit.