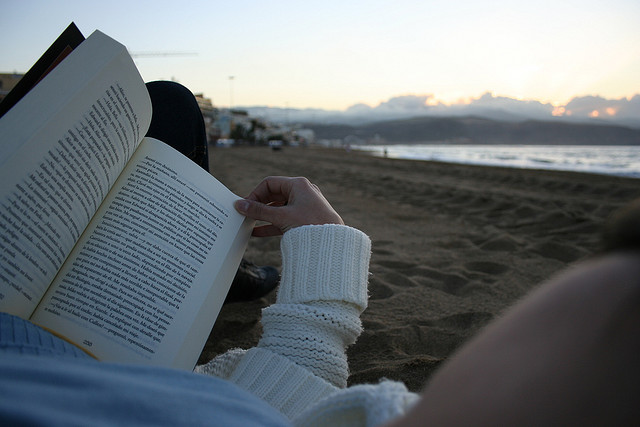 Are you looking for a great book to read this summer? The Online Writing Jobs staff has made some recommendations of writing guides, inspirational memoirs, and professional development books that can boost your writing prowess:

Good Prose: The Art of Nonfiction by Tracy Kidder and Richard Todd

Good Prose, like A Writer’s Life, is a book that gains its notoriety from the quality, not simply the qualifications, of its author’s previous work. Tracy Kidder has done a few things in writing, like having a successful career since 1981, winning a Pulitzer for Soul of a New Machine, and garnering worldwide acclaim for Mountains Beyond Mountains. He, along with his editor, Richard Todd, wrote Mountains Beyond Mountains to share what they have learned over their long careers. There are lessons about misconceptions in writing (nonfiction and fiction alike) and about restraint and superfluity, but most of all, this book is a love letter to the written word and its stewards. Whether you’re keeping a journal, writing the next great American novel, or going after that Pulitzer for your own nonfiction, there is plenty to learn here, both from the perspective of the writer and the editor.

The Elements of Style, often just referred to as “Strunk and White” after its authors, is the definitive guide to grammar, usage, and punctuation for writers in English. First published in 1959, this handbook has become a go-to resource on writing — even though neither of its authors was actually a grammarian. Actually, White even took pains to point out in the book’s introduction that it’s meant to be a guide, not gospel. It’s still a very useful resource, though, but it can be a bit of a dry read. That’s where Kalman comes in: In 2005, she lent her artistic talents to a new edition of The Elements of Style, livening up the text with often-whimsical illustrations. Some of the text has also been tweaked to be more relevant to modern readers, such as changing a suggestion to cut up a manuscript with scissors during revision to suggesting the use of word-processing software.

On Writing by Stephen King

If I had a recommendation for a book that all writers should read, it would be this book. This fast-paced, concise, and groundbreaking work is both witty and practical. Whether or not you like Stephen King’s novels, the book gives both detailed help and overall inspiration. His simple, almost childish bits of advice (such as “read a lot, write a lot”) are surprisingly poignant and at times hilarious. While reading through this bestselling author’s valuable advice, the book also takes a turn towards memoir — during the process of writing it, King was hit by a van while walking along a road in 1999, and he suffered numerous serious injuries. Relentless and inspiring, this book leaves you completely without excuses when it comes to producing your own work.

Writer’s Market, commonly known as the “writer’s bible,” is a resource for writers looking for work or to get published. A new version is published annually, featuring thousands of listings of publishing opportunities for writers as well as a section of articles about writing. The 2014 edition provides advice on promoting your work, starting a freelancing business, pitching to editors and agents, query letters, and more. In the constantly evolving publishing industry, Writer’s Market is the most up-to-date and reliable resource for aspiring writers and a must for any freelancer looking for work.

Having been first introduced to this book as a college student as part of an undergrad English class, I think it was a really good choice on the part of the professor; it was accessible, informative, and entertaining. Too many times, I find that books related to writing are very dry and extremely difficult to get through, but this was a much-needed fresh take on proper grammar. Eats, Shoots & Leaves is a smooth read that really just makes a lot of sense. I contribute, at least in part, my love of proper punctuation to Truss’s book — in particular my love of the Oxford comma, also known as the serial comma.