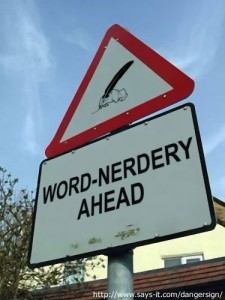 Every writer knows that they should spell-check their work — but what if the words you use are spelled correctly, but they’re still wrong? Sometimes, it’s not the spelling that’s the problem; grammatical issues can get in the way even when every word in a sentence is in the dictionary. Let’s look at a few examples.

One issue I come across fairly often is confusion between “who” and “that.” Plenty of people have written sentences like, “Bicycling is a great idea for people that enjoy the great outdoors.” But “that” refers to a thing, not a person. A person is always a “who,” not a “that.”

Another often-confused pair is “woman” and “female.” “Woman” is a noun; “female” is an adjective. Yet I can’t count the number of times I’ve seen phrases like “woman-owned business,” and it drives me nuts. Think of it this way: In any case where you see “woman,” which word could replace it — “powerful” (an adjective) or “man” (a noun)? If “man” would sound funny and “powerful” wouldn’t, use “female,” not “woman.”

A classic case of confusion surrounds “lead” and “led,” and the pronunciations of the former only serve to make it more unclear. “Led” is the past tense of the verb “lead”: “First, I had to lead the group in a song, and then, I led them down the hall to lunch.” But “lead” can also be pronounced like “led” if it’s referring to the element, the thing that we removed from gasoline and paint years ago.

In everyday conversation, we might say something like “over 50 percent of my friends are taller than you.” But “over” really indicates a position, not an amount. When you’re writing, in most cases, use “more than” when you’re talking about a quantity and save “over” for indicating the physical position of something, like “the cow jumped over the moon.”