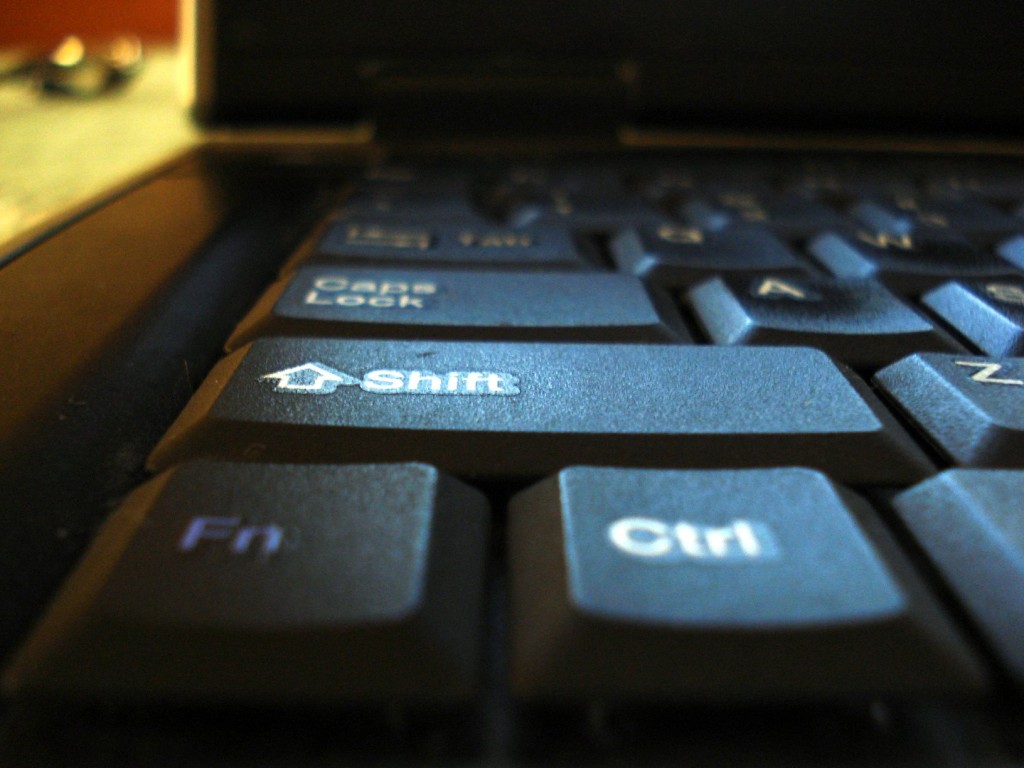 Today, let’s talk a bit about one of the most under-appreciated keys on your keyboard: the shift key.

Some people think of the shift key largely as the one that lets you type symbols that are above other characters on your keyboard. And it’s true, you couldn’t put things in parentheses without the shift key, or tweet @someone, or quote anyone, or even ask a question or exclaim something. You couldn’t even make fake expletives in a comic strip without the shift key. (Fun fact: A series of symbols used to stand in for a swear word, such as @#$%&!, is called a grawlix.)

The shift key is also used in keyboard shortcuts to help you use different pieces of software more quickly and efficiently. For example, shift+control+Z will often redo something after you’ve used undo (control+Z) by mistake, shift+control+T is useful to re-open a tab in your Web browser after you’ve closed it by mistake, and shift+enter will create a line break (as opposed to a paragraph break) while you’re typing something, which is useful when you’re working with a bulleted list and want to put some of the text in a bullet on the next line down without starting a new bullet.

But the most common use of the shift key, by far, is for capitalization. (Let’s hope you’re using it for that, anyway: It’s so much more efficient to use while typing than the caps lock.)

Capital letters have a few key uses. Of course, we all know to start every sentence with a capital letter. But we also use them for the proper names of things, like people (John, or Moses, or Mom, when you’re using that as her name), or places (Topeka, or Australia, or North America), or things, including landmarks (the Eiffel Tower) and companies or organizations (the Red Cross, Microsoft). You should also capitalize the proper names of events, like holidays (Easter) or historical happenings (the Civil War). And do capitalize someone’s title when you’re using it before their name, so it becomes part of their proper name, but not after their name, when it’s just a descriptive detail: I might refer to President Barack Obama, but I would then say that Obama is the president, not the “President.”

Note, however, that with all of these examples, I said “proper names.” You absolutely do not capitalize something just because it’s a noun. (True story: I once edited something that talked about how a picnic was going to have “Hot Dogs” and “Soda.” Ouch.) Only capitalize if it’s an actual name for something: My friend’s name is Mary, but I wouldn’t call her my “Friend.” I might drink Pepsi, but I wouldn’t say that I drink “Soda.”

Without capital letters, we wouldn’t have a way to set all of these special names for things apart. And without the shift key, it would be mighty hard to capitalize letters, not to mention all of the other neat and handy ways in which we use the shift key every day. So let’s declare today Shift Key Appreciation Day! We should say “thanks” to that unnoticed key that appears twice on our keyboards: Let’s be glad we can use it and remember not to abuse it.